All Media
View All

Q&A with one of Australia’s Top Entrepreneurs – Leigh Rust 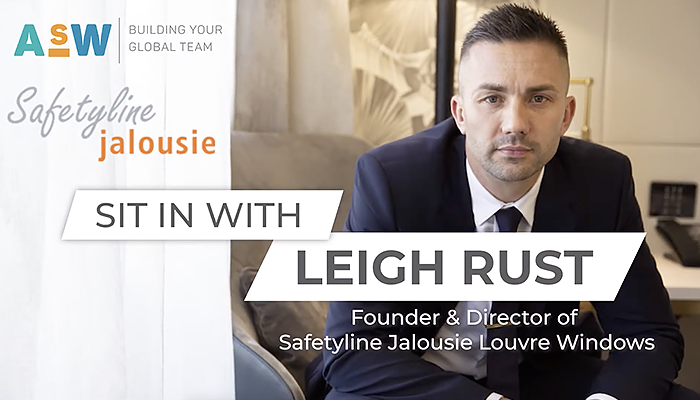 It’s a warm February day in Sydney and Dan sat down for a quick chat with one of our great clients – Leigh Rust. Leigh is a highly successful business owner and Co-Founder of Safetyline Jalousie with his brother Nathan.

Over the last three years he has been acknowledged as Top 20 Entrepreneurs under 40 for consecutive years and won Trailblazer of the Year in his industry category. More recently he’s also been nominated and won industry awards in Manufacturing and Distribution. He has a full trophy cabinet and we’re privileged to call him a client and friend.

Dan: Tell us about Safetyline Jalousie. What’s the business? What do you guys do?

Leigh: We’re a louvre window manufacturer to the construction sector. But I guess our system is quite different to normal louvres on the market. We are quite niche and unique in our performance ratings. We are the highest performing louvre in Australia, if not the world, in all metrics – wind, water, noise and thermal properties. So, yeah, that’s basically what we do: we supply high-end louvre windows to the construction sector.

When did you guys kick off and how did you start Safetyline Jalousie?

We started ten years ago. My story starts back when I left school and went to work with my Dad. He has a well-known established company called Vergola. He’d suggested to me to go away and do my own thing, so I became an apprentice mechanic. I then came back to Dad after a few years, and then worked through the Vergola business.

How was that experience?

It was invaluable. However, I realised it is always going to be Dad’s business, so my brother and I went out on our own. We found a European-designed product in France. We travelled over to France to inspect it further, and immediately we thought there was an opportunity here in the Australian and broader Pacific market. When we returned, we started manufacturing, just basically my brother and I in a two-car garage and that is how Safetyline Jalousie was born.

How does the team look today?

Over the last decade we have built the team to nationwide, with manufacturing facilities both locally and overseas with offshore staffing as well.

What does the Australian team size resemble?

So, we have about 40 team members in Australia. Being in manufacturing, it is predominantly manufacturing staff in our factories, with offices across the east coast of Australia with teams in sales and marketing. We have staff in Sydney, Brisbane and Melbourne and Kuala Lumpur, and soon to open in New Zealand.

Obviously in the last few years you’ve gone through some pretty rapid growth. Tell us the initial problem you were facing locally that led to the conversation around remote staff?

Yeah, so we were growing at a rapid pace. Having three BDMs in Sydney, Brisbane and Melbourne, their biggest hamstring is admin – doing the quotes and getting them out on time, in full, to our clients. That task was what was really restricting them in growing the business, and that is exactly what a BDM was meant to be doing. We quickly identified that they were under capacity due to the administrational tasks of their role.

The people that were here were not exactly what we wanted. The Estimators had high salary expectations and albeit had some industry experience, they were not tertiary qualified and also very cost prohibitive. Whilst we wanted to leverage our BDMs, it needed to be a financially viable exercise cost-wise. So that’s when we reached out to you, Dan, and the ASW team, and explored our options.

What’s been the outcome?

We found skilled and qualified staff that were substantially more cost-effective for what we needed. We managed to find back-end support for our sales guys in each city. Each BDM has a qualified industry estimator behind them, leaving the BDMs to do more of the on-the-road, face-to-face client stuff, and relieving them of the admin work.

What’s been the output onshore from your local BDMs who are now out there pushing business?

Initially they were spending nearly two to two and a half days behind the desk, just tendering, doing quotes, which is massively restricting. We want them out there servicing clients and selling, obviously. The result gave them gave them these two to two and a half days back for more activity on the road. We saw an immediate increase in revenue generation and we also noticed more enjoyment from the role as the burdens of the role had been removed.

This is what I’d call a double uplift (I haven’t patented that). While, obviously, you get cost-effective staff and some commercial saving, and that side of things, but ultimately you get the uplift from your revenue generators being your local sales guys and BDMs.

What has been the outcome after now almost two years down the path?

Oh, the outcome’s been phenomenal, really. It’s allowed our three Business Managers in three states another two and a half days per week to be actually doing BDM work. We’re seeing our revenue, client growth, and brand awareness go up. It’s also given the guys the opportunity to critically think more laterally and go and explore different opportunities where they’re not just processing the work we’ve already got. They are looking for different revenue streams, different markets to go explore.

What does your remote team consist of? How many team members have you got and what roles are they performing?

We have three staff in total currently. We have two estimators, which are qualified quantity surveyors by background, and I have an executive assistant as well, which helps with marketing tasks and daily admin tasks. The QS’s handle all our quoting, tendering, end to end workflows; they do take offs, come back with questions, queries, and then deliver the quotes in full to our BDMs.

Given your remote team are in our ASW KL office, how do you communicate with your team day to day?

It’s just like having a staff member in Queensland or Victoria. There’s no difference in location, really. So the way we do it is I have a call every morning at 9:30 with my assistant. We run through the tasks for the day, tasks for the week, anything, urgent priorities. So 9:30 every morning she calls. We also have a Zoom team meeting every Monday morning, which is national and international now. The girls from Kuala Lumpur dial in, and others in my office dial in. The guys are also in constant communication through WhatsApp or email daily to their estimators.

How does your business measure the success with your remote staff – are there metrics or things you’re looking at each month?

Yeah, we use a couple of tendering systems like Cordell’s, BCI and the like. When the girls do have down time in KL, they will be going in and searching for jobs which we would never have had the opportunity to do. So, the way we measure that is by quotes specified that have been done by the girls and then quotes not specified that have been done, so you can see the proactive activity. The metrics are growing, the pipeline is growing, so it’s all going in the right direction.

So now you have got this great team, and some real consistency, where to from here?

We’re opening our new office in New Zealand this year. So we’ll need another Estimator to come onboard later in the year behind us. We’re also looking at some accounts, roles with the ASW team. As the business grows, it’s not just sales that grows, but your accounting and operational support team grows. The other big thing is the SOY Digital Marketing Agency that we use now within ASW. That is ever growing, and we’re doing social media, EDMs and SEO which has been fantastic for us.

You obviously try and get across here as well. I think that’s an important part of what you guys do. How many times would you get across to KL each year?

Now it’s at least once a year, it’s important just to keep that face-to-face with the team. I’d like to go more often because the team over there is our team. They’re just as valuable as every team member we have, so the more we can get there the better. I think the more the face-to-face, it just gets their buy-in, the culture grows, and it applies to how we want to function as a company. I’d like to get over there once to twice a year as a minimum.

If someone’s out there and they’re considering remote staff, what’s a tip that you would give them before they go on and do it?

I’d say, definitely, talk to the guys of ASW and have a look at their facilities and everything they do because it’s really very, very high-end, high-quality. The offices are amazing, their screening process is amazing. You know, go through your due diligence, but go and have a look at what they do, and you’ll be very impressed. And the other thing is, I think it’s very important, the skill set that they have in these countries where these offices is very high for the amount of dollars that you spend. So just be open-minded.

What was your perception initially before you visited the offices? Was it like, “Oh well, I won’t be able to find someone potentially with the skill set that I need?”

You know, I guess, in Australia, we’re a bit narrow-minded, if we speak generally. I think we have that mindset that there’s no other skill set out there that we have here. I think it’s very wrong – my two Estimators are way overqualified for the role they’re doing, which is so valuable for me, and the output I get from them is amazing. So I think it’s just be open-minded, have a look, do the normal interview process. And for me, it’s no different to me having a staff member in Queensland or in KL.

That ultimately having that real importance on integration, which you obviously have spent a lot of time doing, I think your employees feel really valued and empowered, but more so, it’s great for retention and brilliant for broader company culture.

Thanks for letting our audience know a bit about your story. We really appreciate you giving some insight for those who might be considering growing their business or growing their team. And congrats to you and your team on the success of Safetyline Jalousie!

Cool. My pleasure. Thanks, mate. 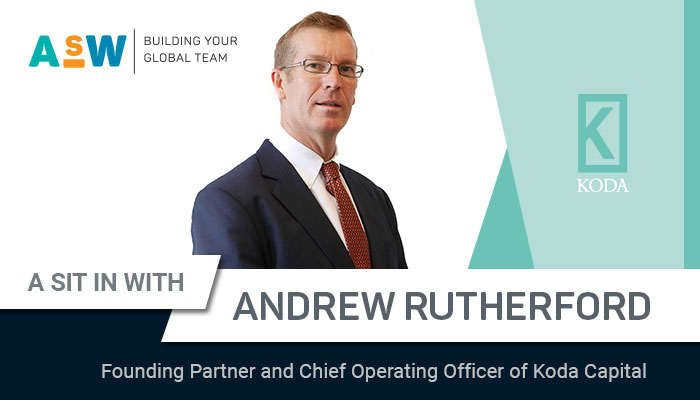 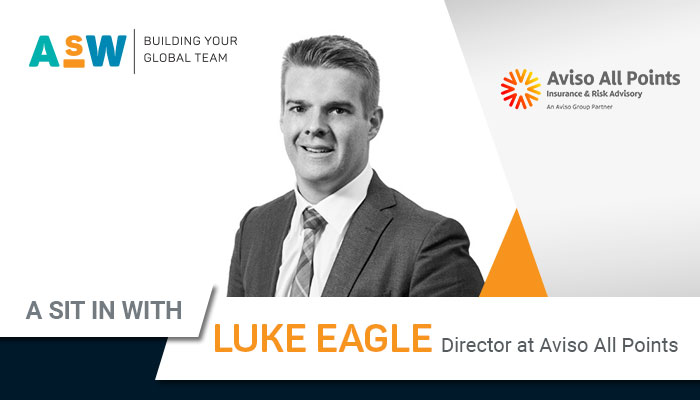 Q&A with Luke Eagle, Director at Aviso All Points 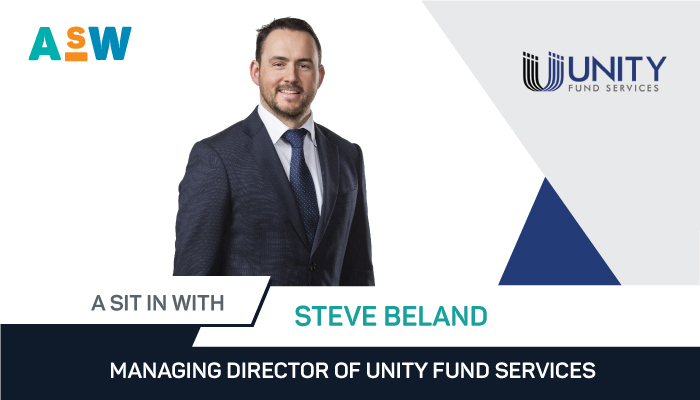